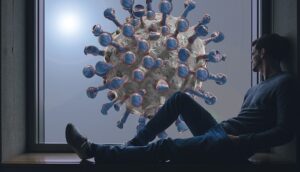 Internet during the quarantine

With the arrival of COVID-19 and the quarantine, many were the habits that changed in our lives, including the ways of surfing the internet. This is due, in large part, to the fact that many companies opted (and continue to do so) by telecommuting. Also, students were now spending more time with their families, making the internet connection for millions of people permanent.

All this produced problems in many internet provider companies, since those who had been studying the behavior of Internet users and their browsing habits in a millimeter way, realized that everything had changed radically.

The increase in traffic also brought positive things, new studies and especially of performance in terms of infrastructure and both public and private companies that handle the Internet field.

But what exactly has changed? There were several, but today we will mention some of the most important.

Internet provider companies already had an idea of the behavior of users on the web, that is, they already knew when was the hour of greatest use, when, and how Internet users connected.

Before COVID-19, the date with the highest internet traffic was the New Year’s Eve celebration, where family and friends greeted each other to welcome the new year and say goodbye to the old. However, the unexpected put this high traffic on the back burner. This was largely due to people seeking to consume entertaining content on the internet so as not to get bored at home.
Videos and streaming services increased by 100%

Another behavior that has not decreased is the use of platforms such as Netflix or HBO.
Netflix made public its earnings for the first quarter of the year, where it was evident that it had obtained an increase of 21% in these three months compared to the previous year. Of course, this also came hand in hand with other strategies such as reducing investment in advertising and marketing, since they did not need much promotion because everyone was at home watching them.

In this way, the increase in the consumption of video platforms and live channels brought with it another new factor that was benefited and that is what we will talk about in the next point.

By staying at home longer than usual, we sought to entertain ourselves so that the quarantine was more bearable, so many people went to the internet to learn new things, watch movies and series that they had not seen before and even watch courses that they did not have before. time to do. There is beeter option which is Download Super VPN For Windows 10 in your PC or laptop.

Among all these options, movies and series were the most popular, and there is no better way to pass the time than watching entertaining things. That is why, as we discussed previously, many went to Netflix, the BBC, or HBO to find the content they wanted to see.

However, these streaming platforms often apply geographic restrictions, which makes it impossible for people to view content from other countries if it is not licensed in their home country. This allowed you to overcome location restrictions to enjoy movies and content that were not broadcast in your home country.
Finally, it should be noted that cybersecurity is always an important element when we talk about Internet browsing, either with the use of applications such as the VPN or other services that are not familiar to us.