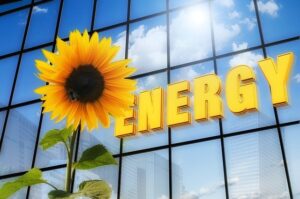 The sun’s rays cover the entire globe, and the amount of photons (particles that carry the energy and momentum contained in the rays) per hour is sufficient to meet the world’s annual energy needs. The question is how efficiently photons can be converted to electricity.

Even in small laboratory conditions, the world’s best single-junction type solar cells (the method used for most solar panels today) utilize up to 29 percent of the solar energy. This number is slightly beyond the limit of conversion efficiency of “about one-third” calculated by solar cell researchers half a century ago.

However, researchers at photovoltaics, the process of converting solar energy into electrical energy, have long believed that this limit was not as severe as once envisioned.

The limit of conversion efficiency of solar cells is “Shockley-Quiser limit” [Note: The limit proposed by Shockley and Quiser in 1961. The efficiency of solar cells does not exceed 32.7% with any semiconductor], which is 29-33% depending on the measurement method. This is a single-junction solar cell, that is, a solar cell with only one type of semiconductor, and is supposed to be a cell that is converted into photovoltaic power by direct sunlight.

New design beyond the limits
To overcome this limit, researchers have layered multiple types of semiconductors or focused them with lenses to irradiate solar cells with rays that are hundreds of times more powerful than natural sunlight. In early 2019, the National Renewable Energy Laboratory (NREL) in the United States set a world record with an energy conversion efficiency of 47.1 percent using 6-junction solar cells and 143 times more focused sunlight.

A feasible way to send more solar energy to the grid is to push the boundaries of Shockley-Quiser with single-junction silicon-based solar cells, which are relatively easy to produce and cost-effective. To find out. Better yet, we could exceed this limit and achieve greater conversion efficiencies.

Bardot’s team coated the solar cell with a thin film of an organic molecule called tetracene, which effectively separates the incident photons into two. This is a mechanism known as exciton splitting [Note: a phenomenon in which light-absorbed molecular crystals generate twice the normal charge], and the solar cell corresponds to the blue to green spectrum of visible light. It means that high energy photons can be used.

Here’s how it works. In a silicon-based solar cell, an incident photon is used to emit an electric charge from silicon to a circuit to generate an electric current. So how much energy is needed to release the charge?

This is determined by the bandgap, which is a material property of materials used in solar cells, that is, the width of the forbidden band, which is a region where electrons cannot exist stably. The bandgap of silicon corresponds to infrared photons and has lower energy than the photons in the visible part of the electromagnetic spectrum. Photons that cross the silicon bandgap are virtually wasted.

This new type of solar cell is a radical and new method that overturns the “obvious reason” that is famous in the research of photovoltaic power generation . To exceed the Shockley-Quiser limit, it is necessary to capture energy from a wide range of the solar spectrum. This new solar cell may eventually become more practical as it does not require stacking expensive materials with different bandgap to widen the spectrum.

Adding Tetracene is conceptually simple, but not so easy when it comes to actual production. According to Bardot, the reason is that when Tetracene is placed directly on silicon, it interacts with each other and erases the charge.

The challenge for Bardot’s team was to find a material that could be sandwiched between Tetracene and Silicon to allow energy packets to flow from Tetracene to Silicon. The theoretical literature is useless, so Bardot’s team went through a lot of trial and error to find the right “mediator” material. And it turned out that the mediator was a thin film of hafnium nitride with exactly eight atomic widths.

But at this point, the solar cell hasn’t set a better record than any other cell. The conversion efficiency is about 6 percent in the experimental stage, so there is still a long way to go to compete with existing silicon-based solar cells. Even more so, it will be on the roofs of ordinary households even further.

In this sense, what the MIT team has demonstrated is not a competing technology, but a “new path” to push the boundaries of existing solar power, says Joseph Berry, senior scientist at NREL.

NREL’s Berry and colleagues are also looking at alternative ways to increase the conversion efficiency of solar cells in a way that avoids the complexity and high cost of multi-junction solar cells. The most promising direction Berry is studying is the so-called perovskite solar cell.

Perovskite is a synthetic material with structural properties similar to the natural mineral perovskite. The first perovskite solar cells were made only 10 years ago, but from then until today, the conversion efficiency has improved significantly more than any type of solar cell.