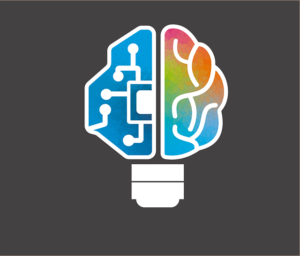 Let’s start by reviewing a field that at first may seem unfamiliar to the reader. At first, when you think of linking the brain and technology, you probably do so in terms of a brain that is already working and has been implanted in your own body. Could it be otherwise? Well, it could be! We will study here the possibility of a new fusion in which first a brain is raised and then it is assigned its own body in which to function.

When we think of a robot, the first thing that comes to mind is a small device with wheels (Bekey 2005) or perhaps a metalhead more or less similar to a human (Brooks 2002). Whatever its physical appearance, we are inclined to think that the robot can be remotely controlled by a human, as in the case of a robot capable of deactivating we consider the robot to be simply a machine.

Neurons grown/grown in the laboratory, in a network of non-invasive electrodes, are an attractive alternative with which to establish a new way of controlling a robot. An experimental control platform, primarily a robot body, could move through a defined area simply under the control of a similar network/brain and the effects of the brain, which controls the body, could be witnessed. There is no doubt that the most interesting thing lies in the robotic perspective, although a new approach is also established for the study of the development of the brain itself, due to its sensory and motor materialization. In this sense, research-oriented towards memory formation and reward/punishment situations could be carried out, which are the elements that underpin the basic functioning of a brain.

In vitro brain cell, culture networks (100,000 to 150,000 today) are typically initiated by separating neurons obtained from the cortical tissue of rodent fetuses. These are then grown in special chambers where it is possible to recreate suitable environmental conditions (for example, with the appropriate temperature) and with the appropriate nutrients. An array of electrodes embedded in the base of the chamber (a multi-electrode array or MEA) acts as a bidirectional electrical interface to and from the culture. This allows electrical signals to be sent to stimulate cultivation and also to record cultivation results. In these cultures, neurons connect, communicate and develop spontaneously within a few weeks, giving useful answers during a period that is currently around three months. It is something like a canned brain!

The brain is grown in a glass jar chamber lined with a flat multi-electrode array (MEA), 8 x 8 in size, which can be used to record in real-time . In this sense, it is possible to separate the activation of small groups of neurons by controlling the output signals at the electrodes. In this way, a picture of the overall activity of the entire network can be formed. It is also possible to electrically stimulate the culture through any of the electrodes to induce neuronal activity.

The brain can then mate with its physical robot body (Warwick et al. 2010). Sensory data feedback from the robot is subsequently sent to the crop, thus closing the robot-crop loop. In this way, the treatment of the signals can be divided into two different sections: a) “from the culture to the robot”, where neural activity is used as a decision-making mechanism for the control of the robot, and b) “from the robot to the crop ”, which involves a process of measuring inputs from the robot’s sensor to stimulate the crop.

The actual number of neurons in a brain depends primarily on natural variations in the density of the crop seed. The electromechanical activity of the crop is displayed and used as input for the robot wheels. Meanwhile, the robot’s sensor (ultrasonic) readings are converted into stimulus signals received by the culture, thus closing the loop.

After the brain grows for several days, which involves the formation of some elementary neuronal synapses, a pre-existing neuronal pathway is identified through culture, through a search for strong relationships between pairs of electrodes. These pairs are defined as those electrode combinations in which neurons close to one electrode respond to stimulation from the other electrode to which the stimulus was applied for more than 60% of the time, responding no more than 20% of the time to the stimulation on any other electrode.

Accordingly, a map of approximate culture input and output responses can be mapped, cycling all electrodes in turn. In this way, a suitable input/output electrode pair can be chosen to obtain an initial decision-making path for the robot. This is used to control the body of the robot – for example, when the ultrasonic sensor is activated and we want the response to make the robot turn away from the ultrasonically located object (probably a wall) to keep it moving.

On this occasion, for experimentation purposes, the intention is for the robot (which can be seen in figure 2) to follow a straight path until it reaches a wall, at which point the value of the frontal sonar decreases below a threshold, activating a stimulating impulse. If the response/output electrode registers a response, the robot turns to avoid the wall. In the experiments performed, the robot turns spontaneously when activity is recorded on the response electrode.